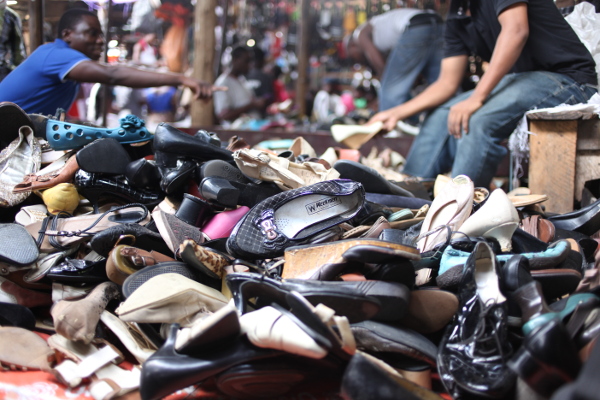 Swiss people donate around 50,000 tons of second-hand clothes to charity every year. Contrary to our popular belief that these donated clothes are given to needy people for free, they are actually a sought-after commodity in a global market.

In Switzerland the market leaders in this field are collection companies such as Texaid and Tell-Tex. They sort old clothes and shoes inside their warehouses, according to their condition, material, style and brand. Well-preserved, fashionable clothes and shoes can be resold in boutiques in Switzerland, while those in poorer condition or inferior quality are exported to countries such as Bulgaria, Hungary or the Ukraine for resale. The worst items are sold on to African buyers, who pay the lowest prices.

Pakistan imports more second-hand clothes than any other country in the world – 500,000 tons in 2014. Tanzania is the seventh highest importer, taking in 116,000 tons that same year. Second-hand clothes and shoes are popular in Tanzania because they are cheap and their quality is better than many new products made in China and sold in local markets. At the same time, though, the import of second-hand commodities by the ton is having a negative effect on the local production of textiles and shoes. Since the 1990s, several tens of thousands of jobs have been lost from local textile industries.